Allowing the execution of big-data analytics under real-time constraints, the CLASS software architecture provides a solution to the problems of managing extremely large amounts of complex data (pedestrians, traffic, vehicles, etc.) in real time. Data-in-motion and data-at-rest analytics are integrated into a single development framework, which works with real-time guarantees.

“It’s thrilling to see our technology powering the smart city use cases which will make our urban areas safer and less congested,” said Eduardo Quiñones, senior researcher at the Barcelona Supercomputing Center (BSC) and coordinator of the CLASS project. “Thanks to its capacity to process big data analytics under real-time constraints, the CLASS framework is a significant step towards making safe connected vehicles a reality.”

“With the MASA, the city of Modena is combining the proud Italian tradition of high-end cars with the needs of modern smart cities,” said Luca Chiantore, manager of the department of Smart city, demographic services and participation of the Modena City Council. “We are delighted to be testing out the most innovative smart-city technologies, paving the way towards a truly responsive urban area which will improve quality of life for all citizens.”

The first outcomes of this smart city use case resulted in different applications, which will improve the traffic and pollution conditions of modern urban environments.

All the software architecture components have been defined and are available to download on the dedicated CLASS GitHub channel: https://github.com/class-euproject 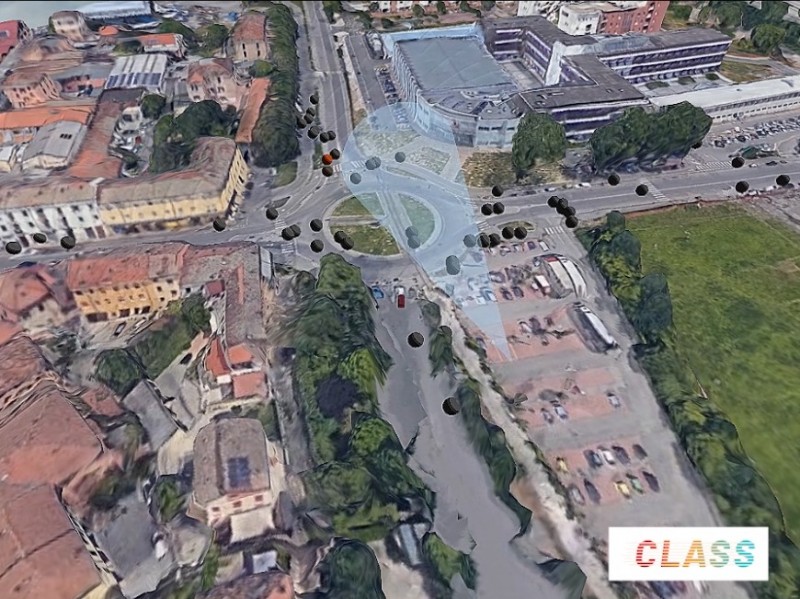 A real smart city use case in Modena

The CLASS software is being evaluated in the Modena Automotive Smart Area (MASA), a real urban laboratory in the city of Modena. Data is already being generated and collected from IoT devices and sensors located in the MASA and on the high-tech equipped Maserati cars.

Initial tests started generating a knowledge base with combined information of the city and the cars, upon which the following advanced smart city applications are being implemented: 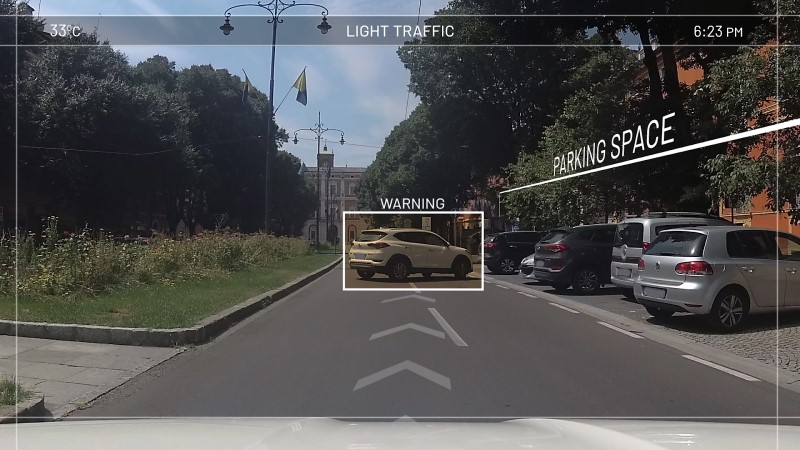 CLASS (Edge and Cloud Computation: A Highly Distributed Software for Big Data Analytics) is a European funded project with a budget of €3.9 million which started on 1 January 2018 and ends on 31 December 2020. Coordinated by Barcelona Supercomputing Center (BSC, Spain), the project brings together a multidisciplinary consortium composed by all stakeholders needed for the development of business innovations using real big-data including vendors from the ICT industry such as Atos Spain S.A. (Spain) and IBM Israel, users across different smart city domain sectors including private and public organizations such as the Comune di Modena (Italy) and Maserati SPA (Italy) and researchers such as the Universita degli Studi di Modena e Reggio Emilia (UNIMORE, Italy). Further information can be found on the project website: www.class-project.eu.

The Roads and Transport Authority in Dubai are beginning the initial tests on autonomous pods with the aim to modernise their transportation system, offering innovative mobility solutions which reduces congestion in the city… 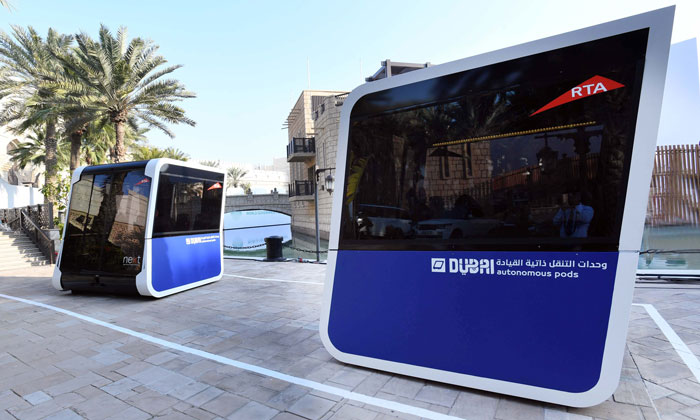 The Roads and Transport Authority (RTA), as part of the Dubai Future Accelerators initiative, has begun testing the world’s first autonomous pods.

Each pod measures 2.87m in length, 2.24m in width and 2.82m in height. With a weight of approximately 1500kg, each pod has an average speed of 20km/h and a capacity of 10 riders: six seated, four standing. The autonomous pod is fuelled by a battery that can supply three hours of operation and is chargeable in six hours.

HE Mattar Al Tayer, Director-General and Chairman of the Board of Executive Directors of the Roads and Transport Authority (RTA), said: “The RTA has signed an agreement with the American Next Future Inc. to develop autonomous units named NX1 as part of the initial phase of Dubai Future Accelerators. The prototypes of these units are manufactured in Italy and shipped to Dubai for trials. These pods run on a virtual pre-configured and programmed lane and are overseen by the operational system.”

The autonomous pods are designed to travel short and medium distances in dedicated lanes. Depending on the destination of the riders, they can be coupled in 15 to 20 seconds or detached in five. Fitted with cameras and electromechanical technologies enabling the pods to couple and detach, the feature can be activated in-motion.

“The pilot test of driverless units is directed in the context of transforming Dubai into the smartest city worldwide,” continued Tayer. “It is also part of RTA endeavours to provide autonomous transport through technological tests under Dubai’s climatic conditions. It echoes the Dubai Autonomous Transport Strategy aimed at converting 25 per cent of mobility journeys in Dubai to autonomous transportation by 2030.

“The RTA is keen on ensuring the principle of safety in all services delivered to clients. The autonomous pods have three protection systems in order to ensure full control and avoid crashing. The main system comprises of 3D cameras, the second is a standby system based on ordinary cameras with the last being operated manually by the operator.”