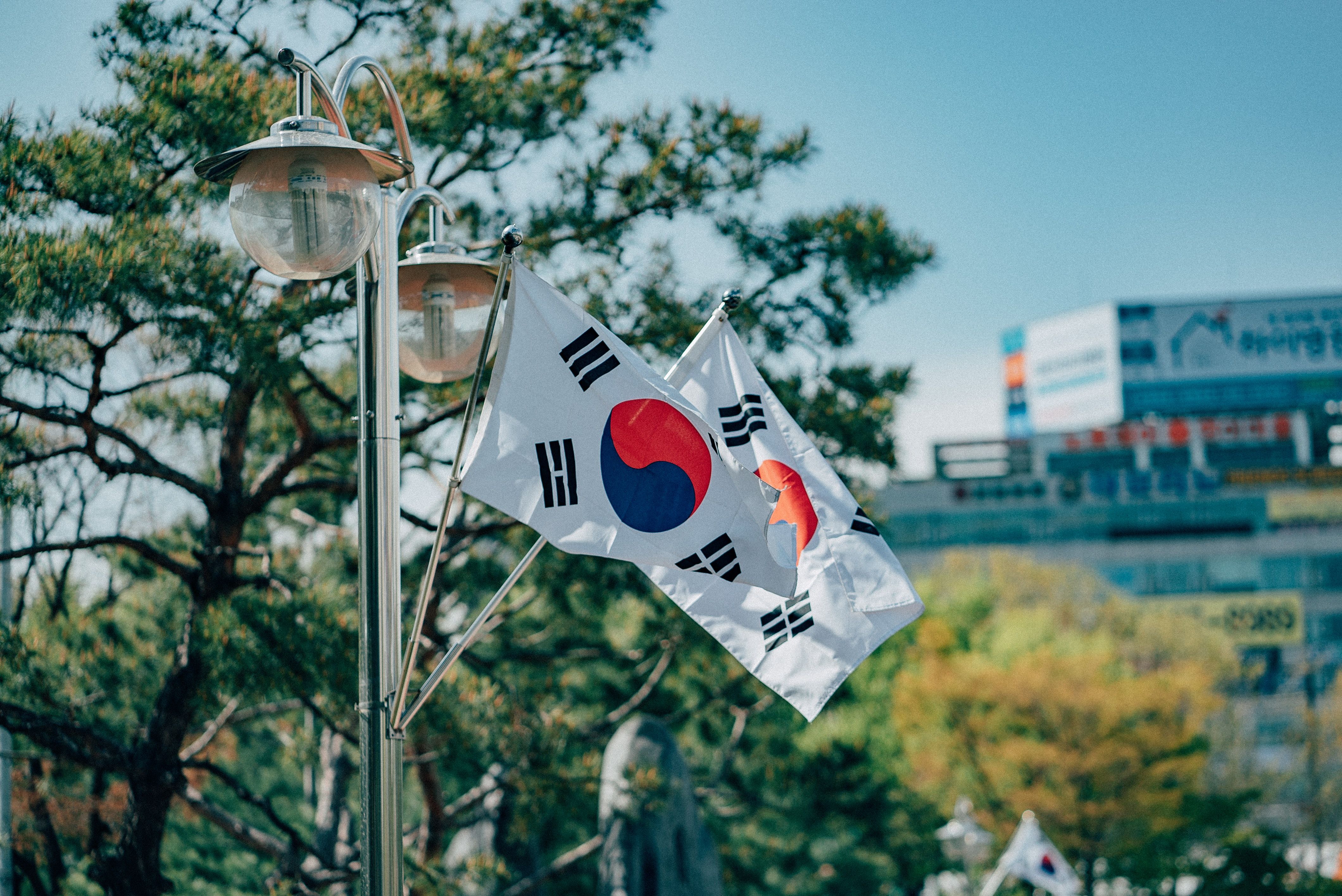 In this report we took an in-depth look into how South Korea became the 5G power house that it is and why many countries and especially the United States are so far behind in the 5G race.

The US operators have misled Americans since 2019 about the capabilities that 5G can offer. Remember AT&T claiming 4G as 5G, with its new logo and icon 5GE. Still today, the US carriers are confusing the public with different names of 5G. For instance, AT&T uses three different nomenclature for 5G, such as 5GE, 5G and 5G plus. The same is the case with Verizon, which has two flavours of 5G, namely 5G Ultrawideband and 5G Nationwide. These are all the marketing tactics to hide US operators’ incapability, which still fail to provide fast and seamless 5G like South Korea.

It’s probably news to most Americans that South Korea’s 5G networks are No. 1 in terms of fastest download speeds. In this article, we look at the various factors contributing to the overall success of 5G in South Korea. There is much to learn for the rest of the world in order to enjoy fast speeds and budget-friendly mobile internet at the same time. We have analyzed and compared the US and South Korean markets in the following sections.

World’s highest download speeds: 10 times faster 5G speeds as compared to the US!

South Korea ranks No.1 with 449 Mbps in 5G median download speeds, based on speedtests conducted during February-March 2021 by Speedcheck. On the other hand, 5G operators in the US provide only 43.4 Mbps, ten times slower than Korean operators. No doubt speed thrills, especially when a subscriber feels enhanced and immersive experience while downloading big files/movies, enjoying AR/VR content or even playing online games.

The exciting result of our analysis shows that consumers in the US are paying a little less per Gigabytes than in South Korea, but at the same time getting ten times slower speeds. These figures show a considerable gap between the cost per GB and relative internet speeds in both countries. What’s the main reason for this huge gap? The situation could have been avoided by allocating a mid-band spectrum in the range of 3.5 GHz and following an aggressive rollout strategy by covering a more extensive US population, with much more 5G sites.

The following table shows the data prices of major mobile operators in the US and South Korea.

Operators 5G Data Plan Comparison in the US and South Korea

Yet another insight of our research shows that the average price per Gigabyte in the US is around 1.5 USD, while in South Korea, it is 2.3 USD. Our study also indicates that affordability is not a constraint; US citizens could pay more if they can get faster speeds. The Purchasing Power Index (PPI) score published in 2020 shows the US well ahead of South Korea in terms of purchasing power. The US is placed at No.3 in the world ranking with a PPI score of 109.52 compared to SK, which is 20th place with a PPI score of 85.21.

5G Price Comparison between US and South Korean Mobile Operators

Mid-band is a must for 5G, whereas FCC is late to auction the required spectrum in the US!

Another important factor contributing to the successful deployment of 5G in South Korea was spectrum allocation in 3.5 GHz and 28GHz bands. The telecom regulatory authority released enough chunks of the spectrum (100MHz and 800 MHz in 3.5GHz and 28GHz, respectively) to power the telecom sector in SK. The three telecom operators got 280 MHz in 3.5 GHz and 2400 MHz in 28 GHz bands.

South Koreans were lucky to get enough chunks of 3.5 GHz spectrum from the very beginning of the 5G launch in 2019. South Korean operators took advantage of the 3.5 GHz (C-Band) spectrum for 5G services due to its radio propagation characteristics, providing a perfect balance between coverage, capacity and speed. On top of that, SK operators used a 28 GHz (mmWave) frequency spectrum to ensure faster internet to a more extensive customer base in dense urban areas.

Unfortunately, the US operators were left with limited choice when it comes to spectrum availability for 5G. The absence of a mid-band spectrum (3.5GHz/C-band) was the bottleneck to have successful 5G. Operators in the US used lower frequency bands (600/850 MHz) to cover larger geographical areas. However, they could not provide faster speeds due to the radio propagation characteristics of the low band spectrum. Even worse, in some areas, the 5G speeds were slower than 4G.

Moreover, to bear the fruits of the high-end spectrum (39 GHz), a more significant 5G cell site density is required to cover a more extensive consumer base. However, the US has fewer 5G sites, resulting in insufficient capacity and lower speeds.

The US is too late to auction the mid-band/C-band, which is called the golden band for 5G. Instead, the US either relied on lower and higher bands. The lower bands are good at coverage but not at speed, and higher bands are best for speed but not to cover a broader area. FCC is planning to auction 5G mid-band (C-band) later this year, at least three years behind SK.

SK operators implemented an aggressive 5G rollout strategy since April 2019. As a result, the total 5G subscriptions in SK surpassed 15 million at the end of April 2021, which is more than 20 % penetration given 52 million people. Today, 5G is available in 85 cities of SK. The big boost in 5G subscriptions in 2021 came due to Samsung Electronics latest flagship Galaxy S21 smartphone. Three SK operators have deployed more than 166,250 5G base stations.

On the other hand, the 5G penetration rate is just under 10 % in the US. The US operators claim to have 75 % nationwide 5G coverage, with 5G available in 279 cities, and the performance of 5G networks remains uneven.

Local 5G products and R&D helped fuel 5G in SK: In SK, the contribution of local industry and R&D from telcos such as Samsung makes it easier to deploy and cheaper to roll out. Whereas the US is primarily dependent on foreign companies for its 5G, though there is some change in the mindset to use indigenous products, it will take time.

South Korea provides a level playing field to boost the competition further. Unlike the US, in SK, there is no restriction on any company. Prominent vendors like ZTE and Huawei are allowed to participate in SK 5G, which provides a level playing field to all the telcos irrespective of the country of origin. Thus SK benefits from state of the art technologies at a lower cost.

Introduction of independent MVNOs: Till today, only the three players, namely SK, KT, and LGU+, dominate the Korean market. Recently the SK government has come up with a novel idea to further boost the 5G competition by allowing MVNOs to offer 5G data plans independently. According to a local news agency, the Mobile Virtual Network Operators will be offering 5G data plans (30 GB) at the cost of 35 USD. It is essential to mention that three leading operators do not currently provide 5G data plans at a similar price for the same amount of data. On the other hand, though many MVNOs are already operating in the US, they are not independent of legacy telcos, thus cannot provide the data prices feely.

In SK, a considerable amount of content and value-added services (VAS) are bundled by carries into mobile plans to attract more 5G subscribers. Most of the VAS is related to gaming (e-sports and cloud gaming) and applications like AR/VR, which are very popular among South Koreans, ensuring an immersive experience while watching 360 live sports, dancing, and training sessions. While in the US, there is still a lack of rich AR/VR content to attract 5G subscribers. Only recently, big operators are acquiring media companies which is a positive sign.

Finally, we summarise our analysis in a tabular form, illustrating the main differences between the US and SK market.

Comparison of 5G in South Korea and the USA